We use cookies on our website. They help us get to know you a little and how you use our website. This helps us provide a more valuable and tailored experience for you and others.

You can revoke cookies at anytime at the bottom of the page.

Monday, September 12, 2016 — Under a new Strategy announced today, the European Centre for Medium-Range Weather Forecasts (ECMWF) is committing to extending the probabilistic skill of its high-impact weather forecasts by three to six days over the next decade. By 2025, we aim for high-impact weather events such as the windstorm Tor that hit north-western Europe in January 2016 to be predictable at an average of 10 days ahead of the event, and up to two weeks in advance. Similarly, larger-scale pattern events, such as the heatwave that affected Europe in July/August 2015, would be predictable at an average of three weeks ahead of the event, and up to four weeks in advance in certain cases.

ECMWF will continue its ground-breaking work on a new coupled data assimilation system to ensure the generation of a consistent Earth system state to initialise forecasts across all timescales.

Our 2025 ambition raises the international bar. Given the greater likelihood of life-threatening climate change impacts on the Earth’s weather, we will harness rapidly advancing data availability and technology to stretch the accuracy and range of predictions further and faster.

ECMWF is a shining example of the value of European and global cooperation in the scientific field, and one which has tangible benefits day in, day out for dozens of national economies and millions of people’s daily lives.

The improved forecasts will mean more advance notice of high-impact weather events such as windstorms, floods and heatwaves, enabling national meteorological and emergency services to better protect lives and property.

In addition, global-scale anomalies – such as El Niño – would be predictable up to a year ahead.

ECMWF will also continue to provide a high-performance computing facility that allows the benefits of innovation to be realised in an energy-efficient and environmentally sustainable way.

ECMWF was established in 1975 as an independent intergovernmental organisation. It provides the data and services needed by the national meteorological services in its 34 Member and Co-operating States to provide the public with accurate weather forecast information.

Over the past forty years, ECMWF has established itself as a leader in the field of weather forecasting. With its advanced supercomputing capability, it assimilates an average of 40 million observations a day from more than 70 satellite instruments. It works in close collaboration with meteorological organisations within its Member and Co-operating States, and beyond. 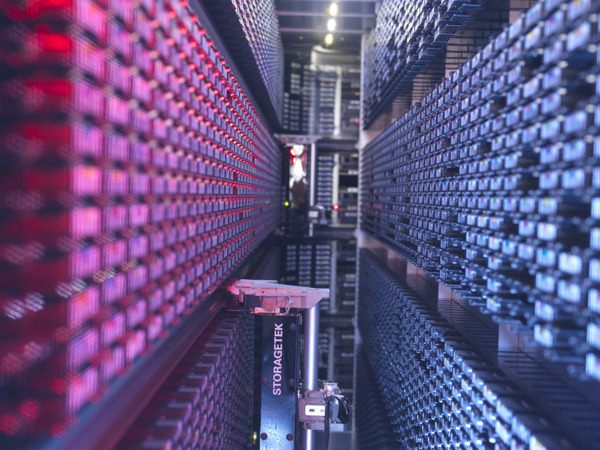 The European Centre for Medium-Range Weather Forecasts (ECMWF) is an independent intergovernmental organisation supported by 34 states, established in 1975.
ECMWF’s core mission is to produce numerical weather forecasts, carry out scientific and technical research to improve forecast skill, and to maintain an archive of meteorological data.

High resolution pictures are available in the Media Gallery.